Chicken is one of the most common types of bird found in the tropical countries after crows and sparrows. It is also one of the most popular domesticated animals in the world. The population of chicken is more than any bird. It is the primary source of food, in terms of meat and eggs both. There are various breeds of chicken hat are found in different geographic locations. Primarily chickens can be divided into three breeds:

There are egg laying stock, meat type birds and dual-purpose breeds as well. The egg-laying breeds are genetically prepared to have high egg productivity but then because these birds have small bodies, they are poor meat producers. The meat type birds are not breeds in the true sense of the term. They are hybrids, which are actually combination of many breeds. They are prepared in such a way so that they have a larger mass thus they prove to be better meat producers. The dual purpose as the name suggests would be for producing egg as well as meat. In this category there are some breeds, which serve as better egg producer, and some as better meat producers.

Rhode Island Red– These breed can be further divided into single comb and rose comb. Chicken of this breed generally weighs from somewhere around six and half pounds to eight and half pounds. The color of their skin is yellow and the color of the shell of the egg is brown. This is a dual-purpose breed as mentioned above and are used for meat production than for meat production. They originated in Rhode Island and that is the reason it has got a deep color, strong feathers and a strong constitution.

These are available in two varieties one white and the other black. The standard weight varies from somewhere around nine and half pounds to seven and half pounds. The color of their skin is white and the color of the eggshell is brown. It is generally used for getting meat than eggs. It is usually roasted and is well suited for capons than fryers. This breed originated in China and they are tall with long legs and tails. This breed comes across as a very active and energetic breed. 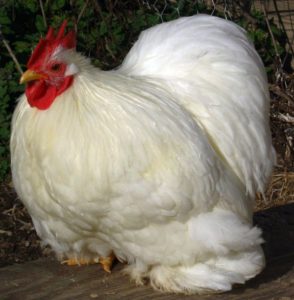 Dorking
This breed is known for its fine quality of meat. They can be found in three varieties namely silver gray, white and colored. The standard weight of these varieties are somewhere around six pounds. The color of their skin is white and the color of the eggshell is also white. It is believed to have been originated in Italy and was introduced in England by Romans. They have a rectangular body and short legs. It has five toes and need protection in very cold weather. 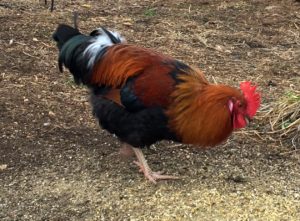 Cornish
This breed is the finest for the meat industry and lays the foundation of the broiler industry. The development and arrangement of the muscles give it a good carcass shape. The color of the skin of this breed is yellow and the color of the eggshell is brown. They are found in dark, white, white laced and buff varieties and weigh somewhere around ten pounds. This breed developed in the county of Cornwall country. They have a broad and well- muscled body but they also need protection during winters.

Apart from these above-mentioned breeds, there are many breeds of chicken like the Campine, Catalana, Cochin, Brahmas, Baheij, Araucana, Aseel and many more. 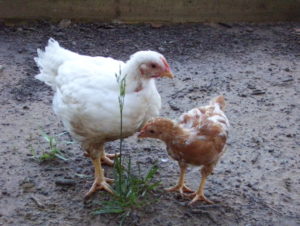